By the beginning of the 10th century Croatia was ruled by the Dukes. Though historical sources are scarce, Tomislav is considered to be the first Croatian king under whose rule two Croat duchies are united: Primorje and Pannonian Croatia. 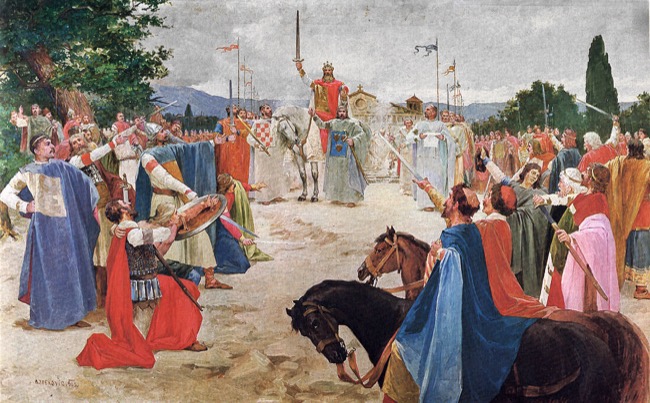 During his rule, Tomislav expelled the Hungarians through the Drava River (which has since been the border of the two states) and Bulgaria, and the territory of Croatia has been established from the Adriatic Sea to the Drava River and from Raša to Istria to the Neretva and Drina. At that time, Croatia was by Bulgaria the most significant force between the Holy Roman Empire and Byzantium. During his reign at the two church councils, relations between the Split and Nin Archdioceses were regulated, which strengthened the church and unity of Croatia.