Strict reserves are areas where nature has been unaltered or only marginally altered by human activity. No activity or undertakings that could impact unimpeded natural evolution is allowed. 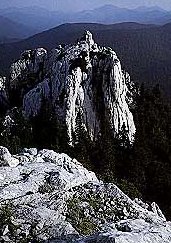 Established as a Strict Reserve in 1969, it is a group of rocky Velebit peaks, some of which are 2000 meters high. Fascinating speleological locations can be found in the Kukovi Strict Reserve, most prominent of them being the Lukina jama cave which was discovered in 1992. In 1994 a hitherto unknown animal from the order of leeches was found there. Other landmarks that must be mentioned are the Cerovačke pećine cave, designated a morphological natural monument, and Veliki Kozjak, the most beautiful peak of northern Velebit (1,692 meters) that offers stunning views of the entire northern and central Velebit. 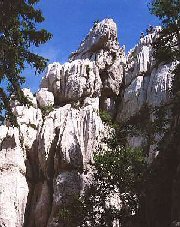 A part of the Velika Kapela mountain range, located in its central part, to the southeast of Mrkopalj. Established as a Strict Reserve in 1985, it is a unique geomorphological karst phenomenon created by tectonic forces during the tectonic folding period (Oligocene-Miocene) from a bedrock of layered limestone and massive limestone breccia. The most improbable and amazing formations, naturally carved of white stone, surpass anything human mind might have conceived. The untamed beauty of the landscape will surely be an unforgettable experience for every visitor.