One of the world's greatest inventors, Nikola Tesla, was born in Smiljan near Gospić. He was educated in Croatia and at 28 years of age he went to America where he spent the rest of his life. According to the legend, Tesla was born on a stormy night when the lightning strung the sky and it was already a sign that Tesla would be a “child of light”.

Tesla’s most famous achievements are the inventions of a rotating magnetic field and a multiphase alternating current system. Tesla’s multi-phase alternating current system has been used all over the world for over a century, and basically it has not changed since. With a transformer known today as Tesla’s transformer, he has achieved very high voltages and created very powerful electrical fields. 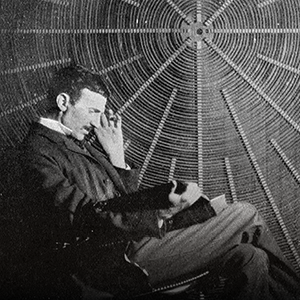 He worked on wireless remote control and made a model of the ship he could handle using electrical signals. G. Marconi’s patent license was annulled because it was proven that Tesla’s earlier patents had contained everything Marconi described. Tesla has also worked on the idea of a frequency that will be broadcasted on a handheld device, making it the foremost beginner of smartphones and wireless internet.

He also engaged in exploration in the engineering industry and patented a turbine with a large number of disks without blades (Tesla’s turbine). Tesla owns more than 700 inventions and 278 recognized patents. He received 15 honorary doctorates all over the world and spoke eight languages. His greatest acknowledgment was given to him at the 11th General Conference for Weights and Measures in 1960 when a magnetic flux density unit was called “tesla” in his honour. The same names carry the asteroid and the crater on the Moon.